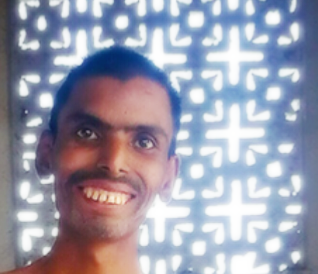 I noticed this morning a note in my diary to remind me to do a newsletter with updates of the Puja festivities here in Kolkata and to make sure that it is done before I leave to spend the Christmas period in the UK.

Little did I know when I made the note to myself to do this update it would have to contain such terribly sad news. Over the period of Durga Puja, in fact just as it ended, my first boy Anna died - last Sunday, 21st October.

Anna, along with Sunil, were the first two boys that I took at the flat in Southern Avenue on 1st July 1999 - and for me, it was always about Anna. Sunil very quickly established himself in the loving arms of Alison Saracena, who lived above me and after we all moved to Jubilee Park, her husband Bryan would take Anna out on little trips to buy cassettes, because he loved music.

Sometimes my love for Anna would be a cause of upset for some of the boys and particularly for Sumon who I don’t think has ever felt that I loved him as much. However, when Anna died last week, Sumon stayed by his side the whole time his body was being prepared for cremation and when Anna left the home, Sumon and I sat together waiting for everyone to come back and I told him that now all my love was for him and everybody else.

Anna really was my world and making a safe place for him was always the most important thing and my number one goal. Everyone else, including Sunil, just happened as a matter of course. But it was always Anna that I looked for, to make sure he was safe, OK and not acting up.

The smiles and laughter have now returned to shuktara and even though I feel heartbroken a friend told me that my heart can’t break - but it can be opened. So I feel now, as I approach 60 years in 2019, that I have finally learnt the meaning of love and letting go. That is a great lesson to learn and I am grateful to Anna for everything he has taught me.

The shuktara girls house is called Lula Bari. Bari is house in Bengali and it is Lula’s house, named after our very dear friend Lula Gibson. It made perfect sense to me, that the boys house will now be called Anna Bari.

Within the last month Anna, who was epileptic and had learning disabilities, had a couple of visits to our doctor because he was losing weight. Although the doctor didn’t think there was much wrong he put him on antibiotics and blood tests revealed low sodium levels. After three days of fever Anna was admitted to hospital on Saturday 13th October and on Monday night he was rushed up to the Intensive Care Unit, not expected to last the night. Pappu and I said our goodbyes and stood outside the hospital until 9am the following morning when we were able to see him again - he was still with us, but not very responsive. They found pneumonia and blasted him with antibiotics and then they found TB, so started courses of medication for this. After one day his lung cleared and the doctor said he could come home. 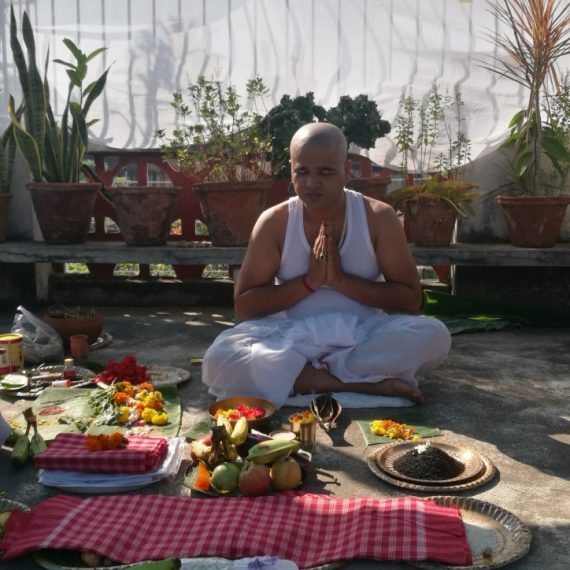 He came back to shuktara on Saturday 20th October and died on Sunday 21st surrounded by the people he loved and who loved him at 2:36 in the afternoon.

Anna was taken that evening to be cremated at Kalighat and all of the boys from shuktara who could, accompanied his body. The body takes about 45 minutes for cremation to be completed and then Pappu took the ashes to the Ganges where he immersed himself and came out of the water having made a decision to undertake the ritual mourning for a beloved family member, which would take three days.

Over these three days we fed Anna food, by placing a plate outside the house and on the third day the Shradh Ceremony commenced. This was a full day of ritual where Pappu had his head shaved and with a priest, they prayed for Anna’s soul. 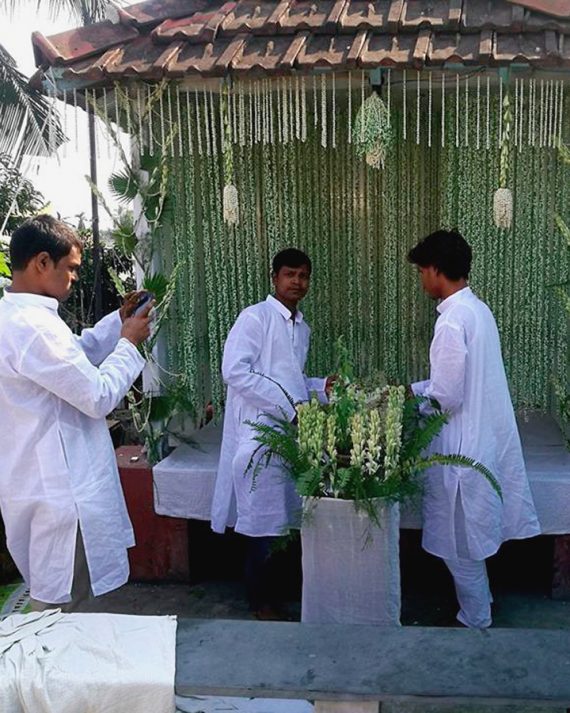 At the end of the ceremony, the priest sprinkled everyone with holy Ganges water and then the roof was locked so that Anna could come back over night and see what we had done for him.

The roof of the boys house, now known as Anna Bari, was covered in white cotton and scented jasmine flowers adorned two photos of Anna.

The following day we cooked Anna’s favourite food, fish curry. A plate of this was then taken out to the pond outside the house and given as a final offering to Anna.

That was the end of the rituals and then we all ate together. All the girls from Lula Bari came and soon laughter began to come from the roof.

I write this one week to the day that Anna passed away. I know that many of you who met him will have been touched by his wide smile. I miss it so much, but I am grateful that I had him in my life and that shuktara will always remember Anna Das because our boys house is now named after him, forever Anna Bari. 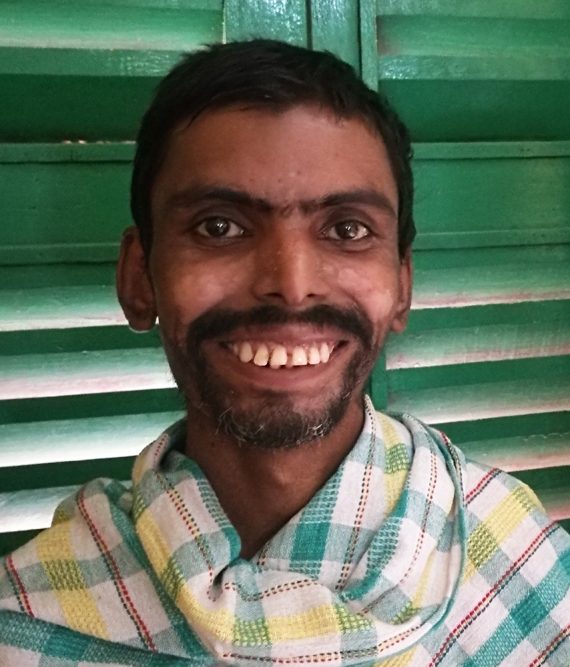 shuktara
Thank you PPL 2019 and especially Dhiman Chowdhury for generous donation to shuktara and for inviting us to NKDA Cricket Stadium.
2    View on Facebook

shuktara
We held a shradh for Anna last week according to the Hindu calender.
Anna died a year ago today.
It was in the afternoon and he was surrounded by the people he loved.

Good Morning from Guria and all of us at shuktara
#ShuktaraSmiles
#myshuktara #kolkata #LulaBari #cerebralpalsyawareness https://t.co/D5JWcueqLu
View on Twitter 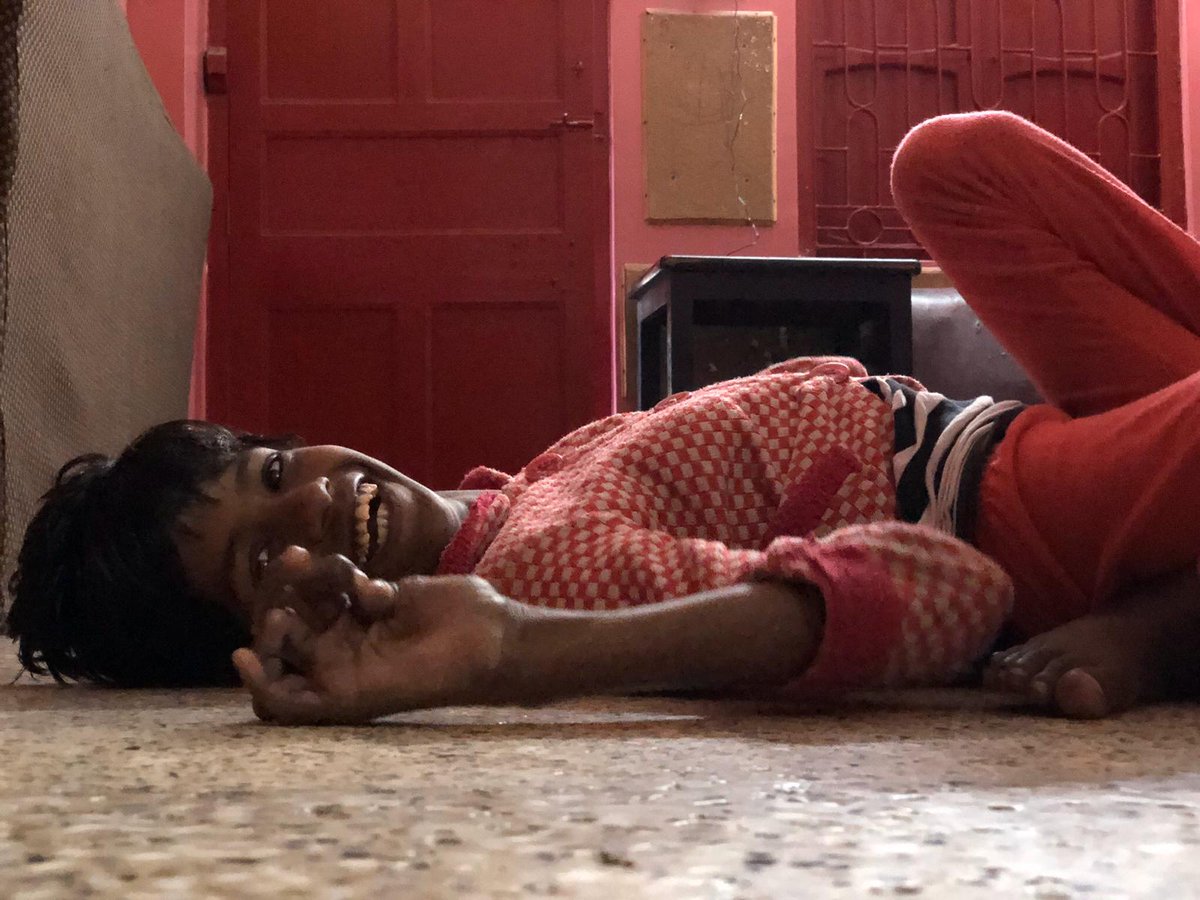