Many of the young people living in the boys' house have reached working age but finding a job isn't easy. In 2013 this all changed... 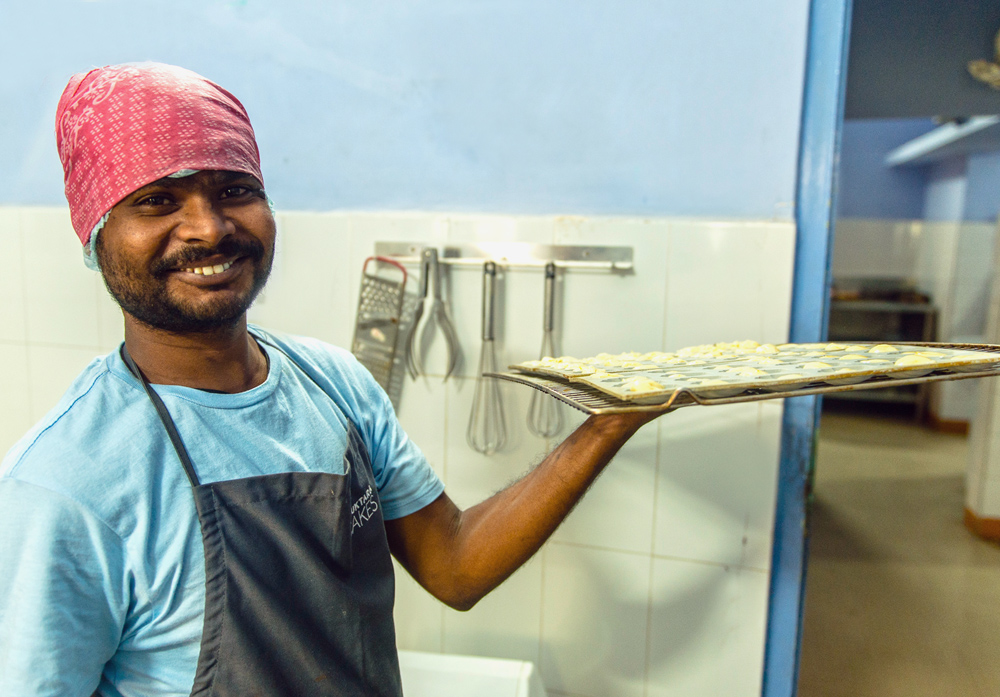 Two years previously Alain Cojean had spent some very special days at shuktara with the boys and he decided to help them.

"I was so very impressed by so much love, they were like a family, so lovely, always taking care of one another; I felt immediately involved and I wanted to do something for them and David" said Alain, who runs a chain of restaurants in Paris called Cojean and a Foundation called Nourrir, Aimer, Donner (Eat, Love, Give) which supports other projects around the world.

"David told me he was worried about what would become of the boys after him," Alain continued. Touched by what he saw we decided to start a French Patisserie Training Centre to help the boys with their employment and training.

On 10th March 2013, Shuktara Cakes was officially launched at the French Consulate in Kolkata.

Making pâtisserie is hard work - Ramesh decided he did not want to stay and later Vijay left. From 2014 we have five very committed young men (see photo below) who are totally interested in a career with Shuktara Cakes along with Somnath Sardar our Manager. 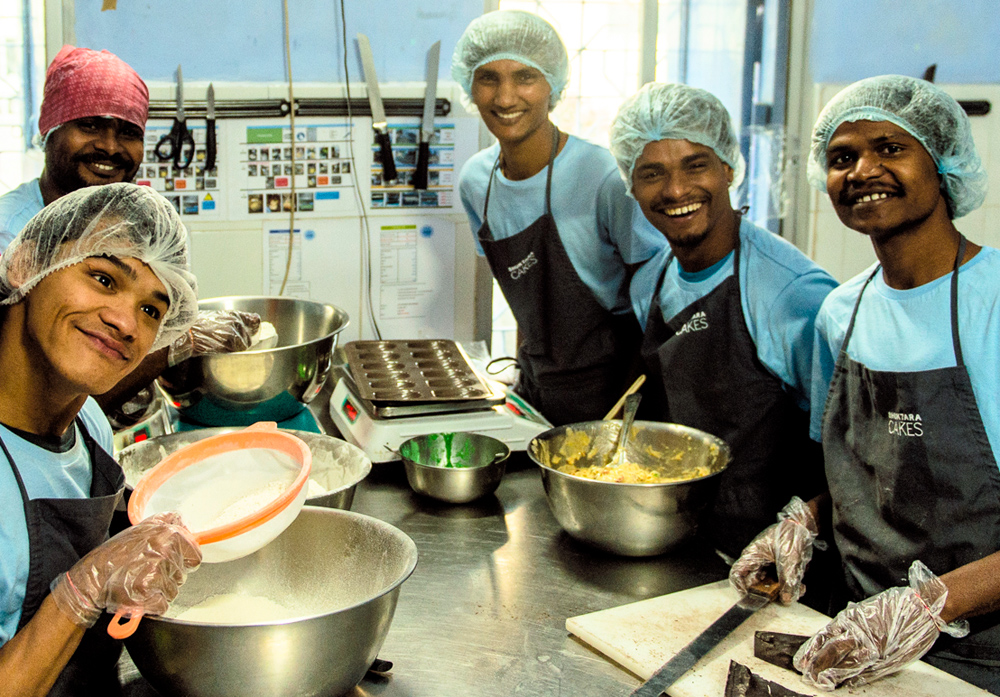 all photos of Shuktara Cakes by Siddharth Agarwal 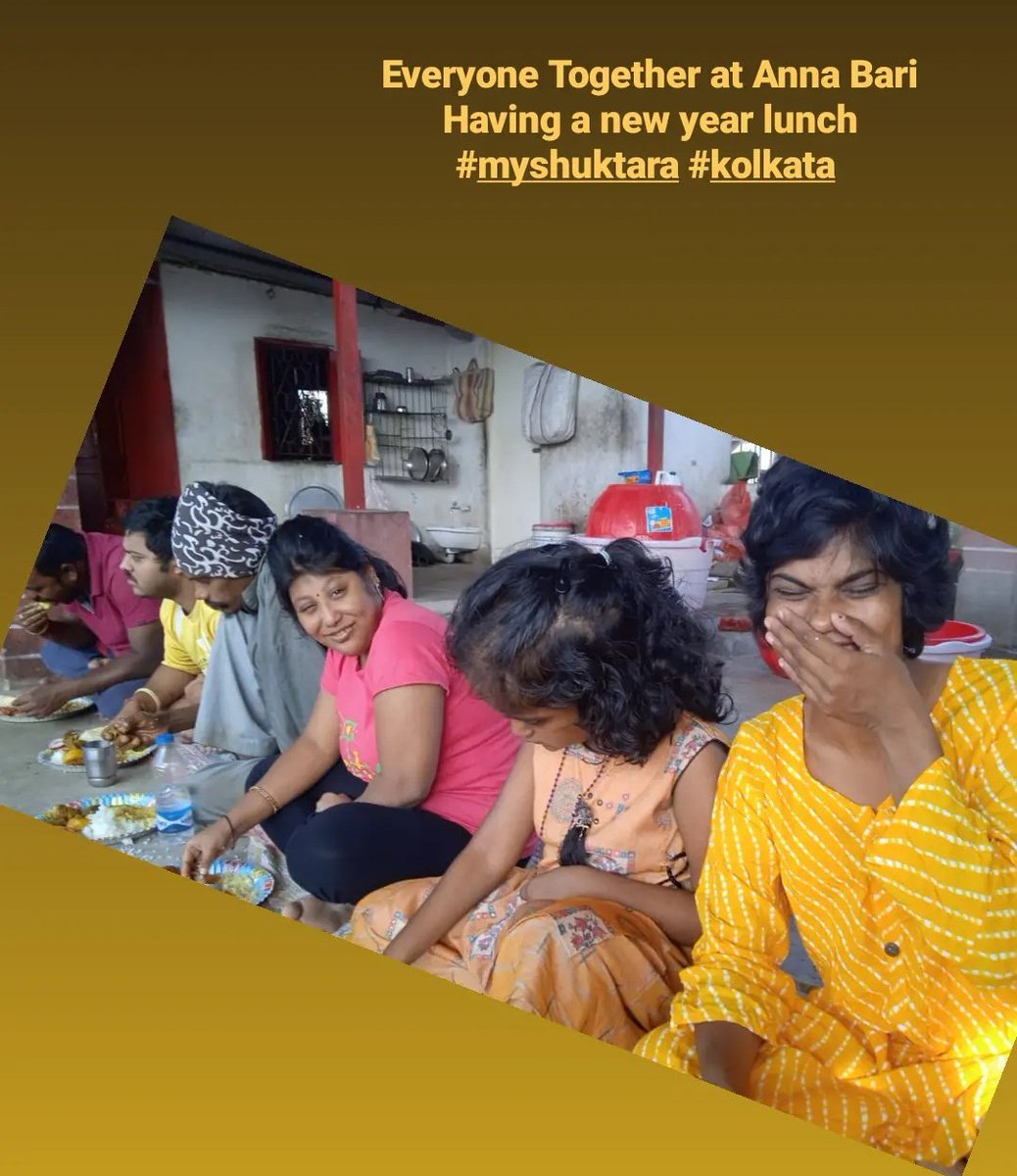 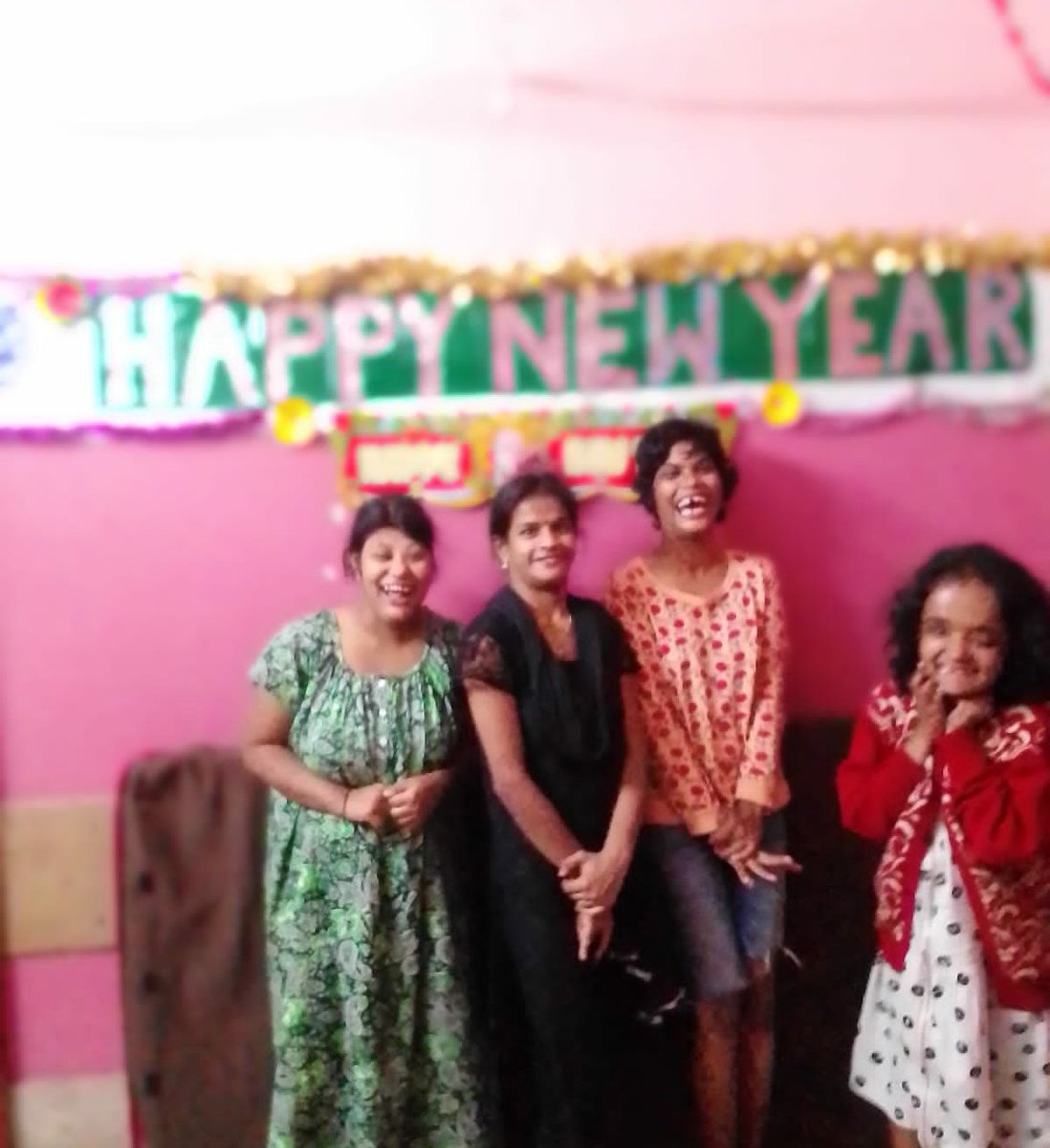