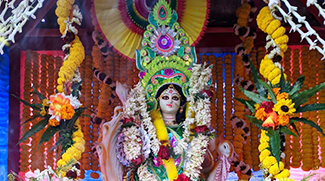 Saraswati Puja came early this year – the date varies according to the cycle of the moon but typically falls in late January or early February. This year the puja was on Wednesday 29th January and is the first puja of the year celebrating the goddess of wisdom and learning, Saraswati.

At shuktara this occasion is marked by a statue of the goddess Saraswati on the roof of Anna Bari, usually surrounded by bright floral decorations. Everyone dresses up in their best clothes and the young people from both homes gather on the roof to talk, eat kedgeree (a creamy savory rice dish) and, as seen in the video to the right, dance.

Everyone loves Sunil and we all love watching Sunil celebrate by dancing. Happy Saraswati Puja! 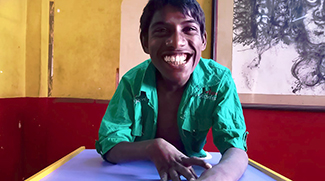 Three specially designed chairs with toilet and standing support were purchased for Aakash, Subhash and Bappa. Now they can eat and do their studies while sitting on their new chairs. 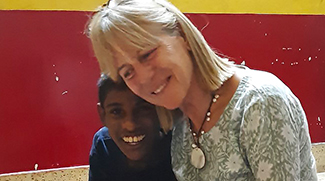 She spent 24 hours at shuktara and it was a wonderful day.

Most importantly Kate spent the afternoon at Lula Bari – named in memory of her friend Lula Gibson.

She made some great heart connections in both Lula Bari and Anna Bari, our boys home and in the evening she returned again to see the girls with a delivery of pizza that she organised for everyone at shuktara. 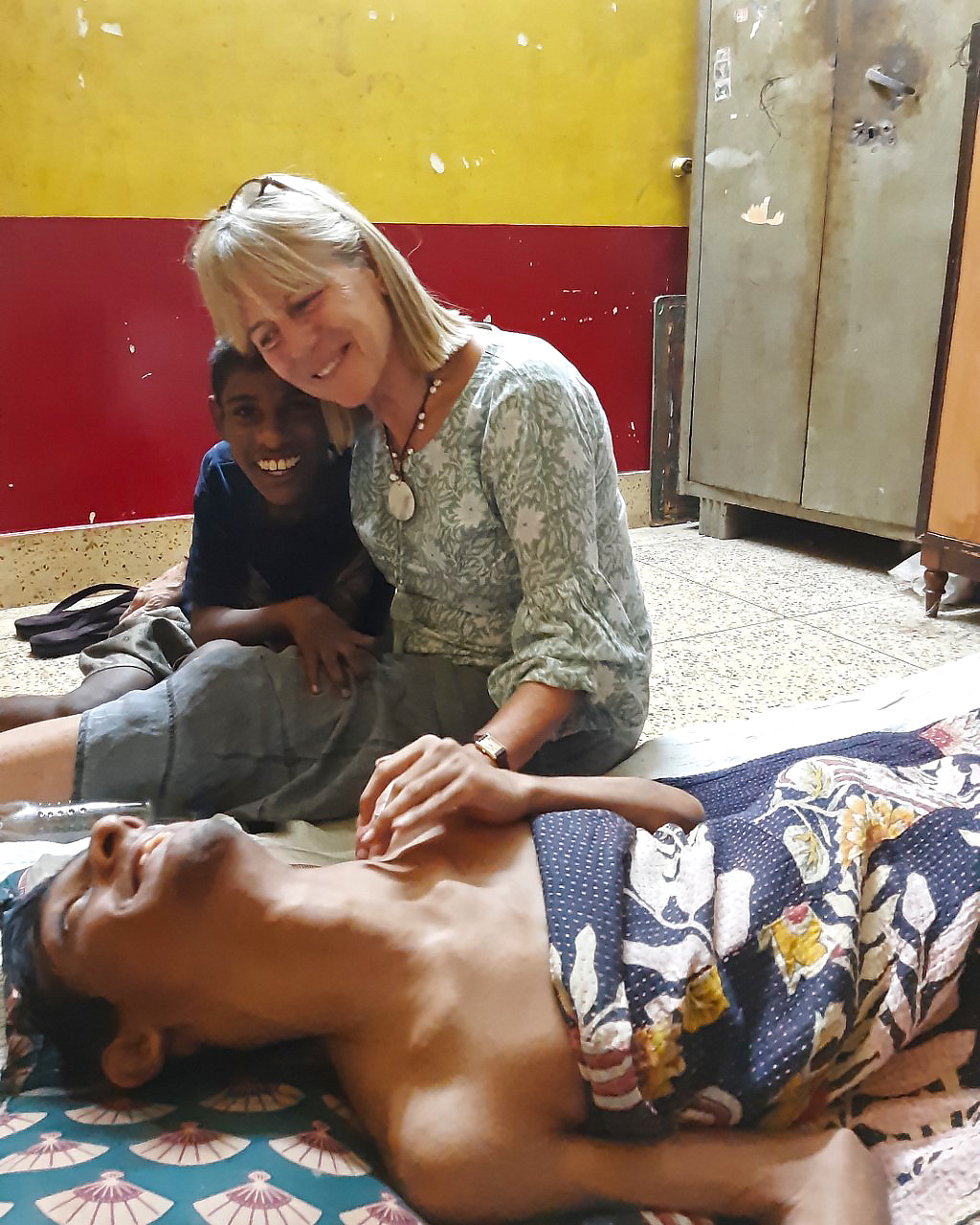 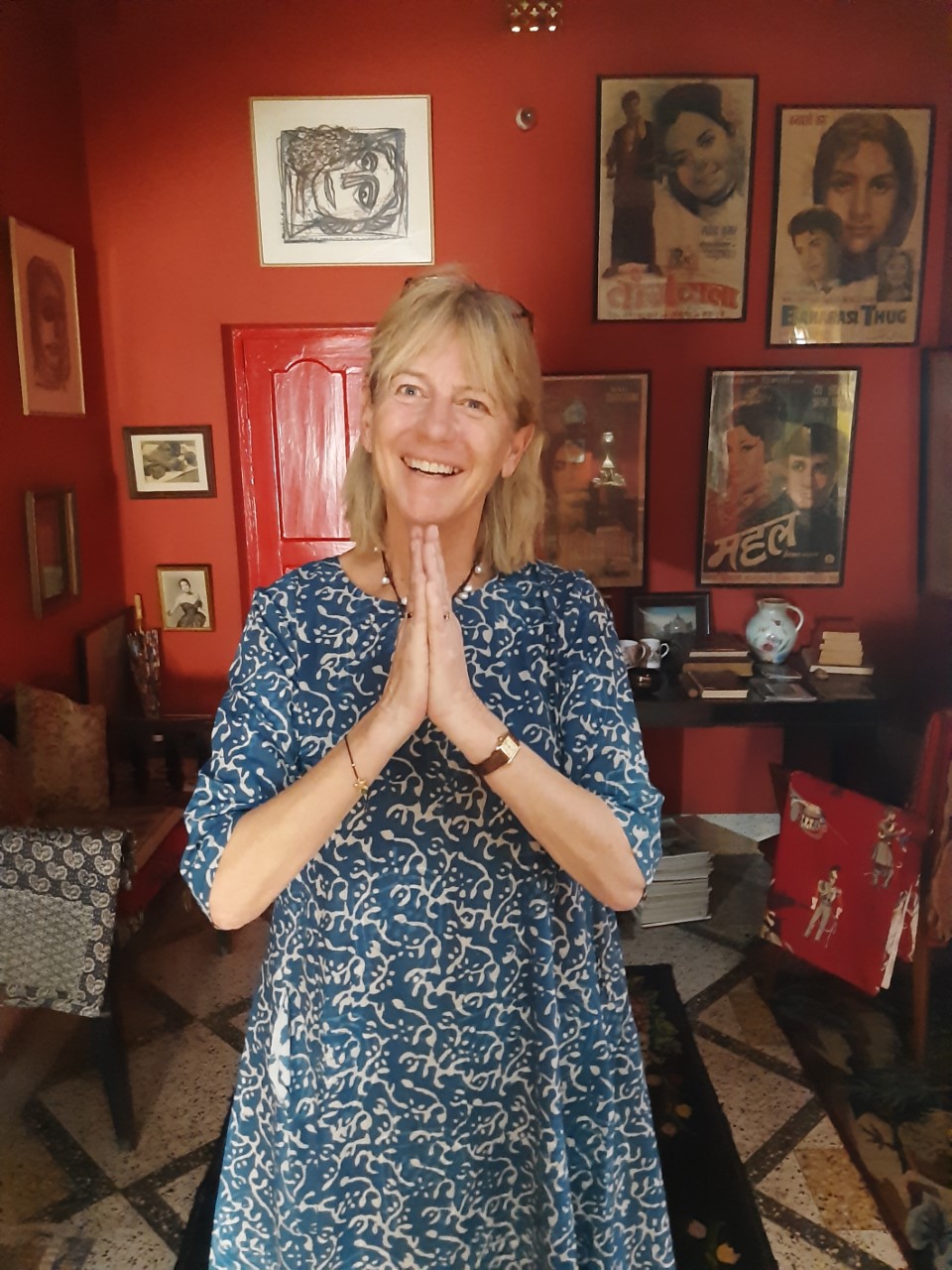 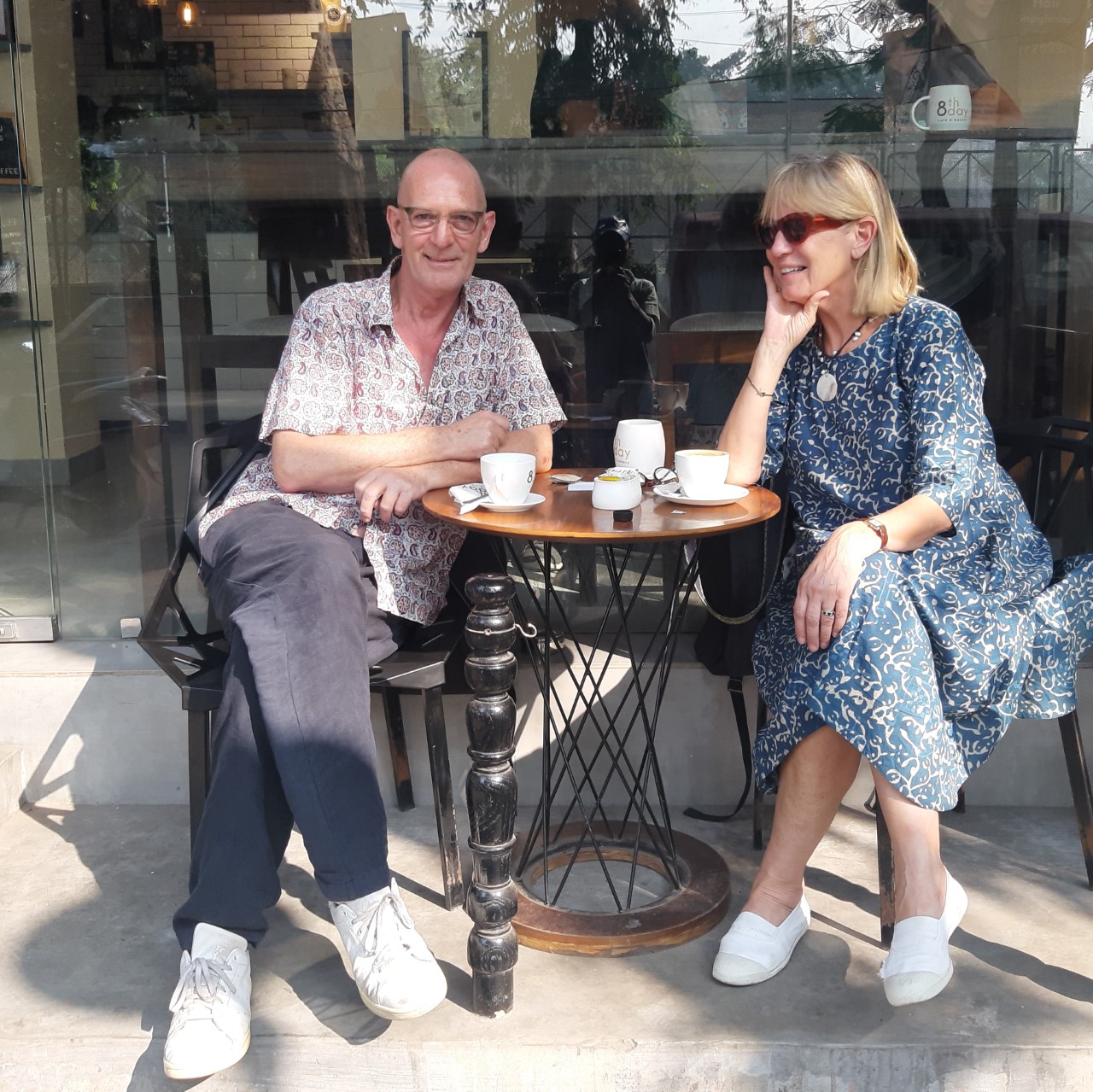 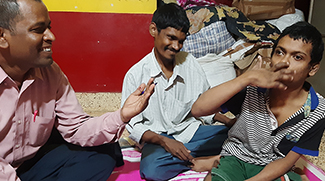 Thanks to your generous donations to shuktara we have been able to fund a tutor for Anna Bari.

Meet Joydeb.
He will be working with Aakash (here), Subhash, Bappa, Bablu and Sumon. But already we can’t keep some of the other boys away!

We were able to find Joydeb through Priyanka who is the girls’ tutor at Lula Bari.

He will come to Anna Bari three times a week on the days the boys don’t have physiotherapy. 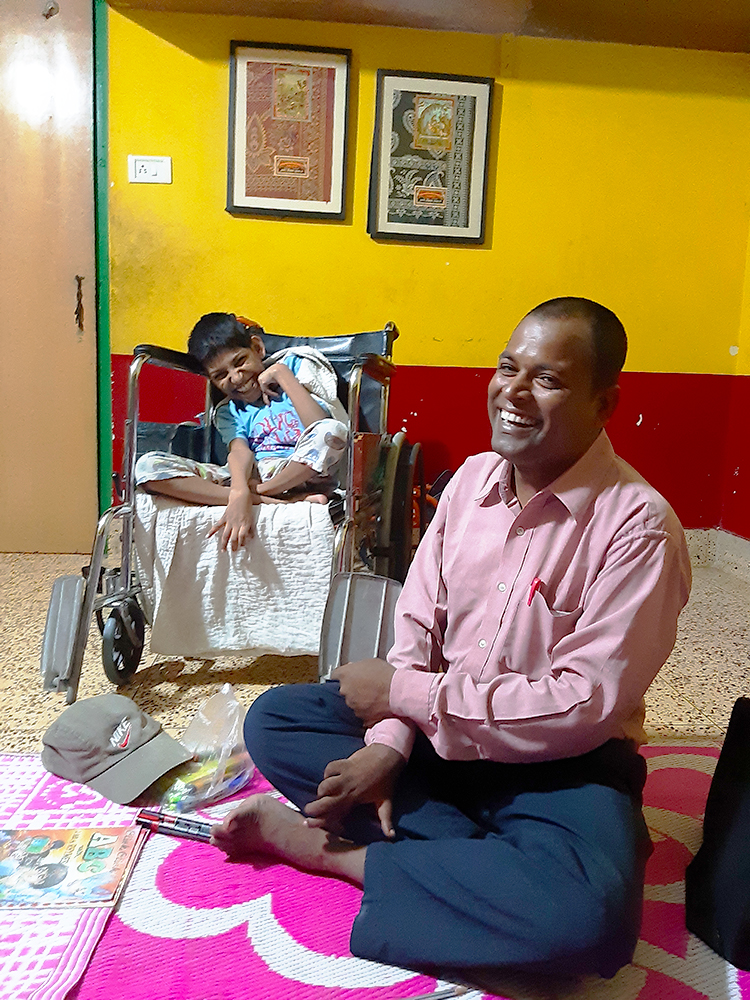 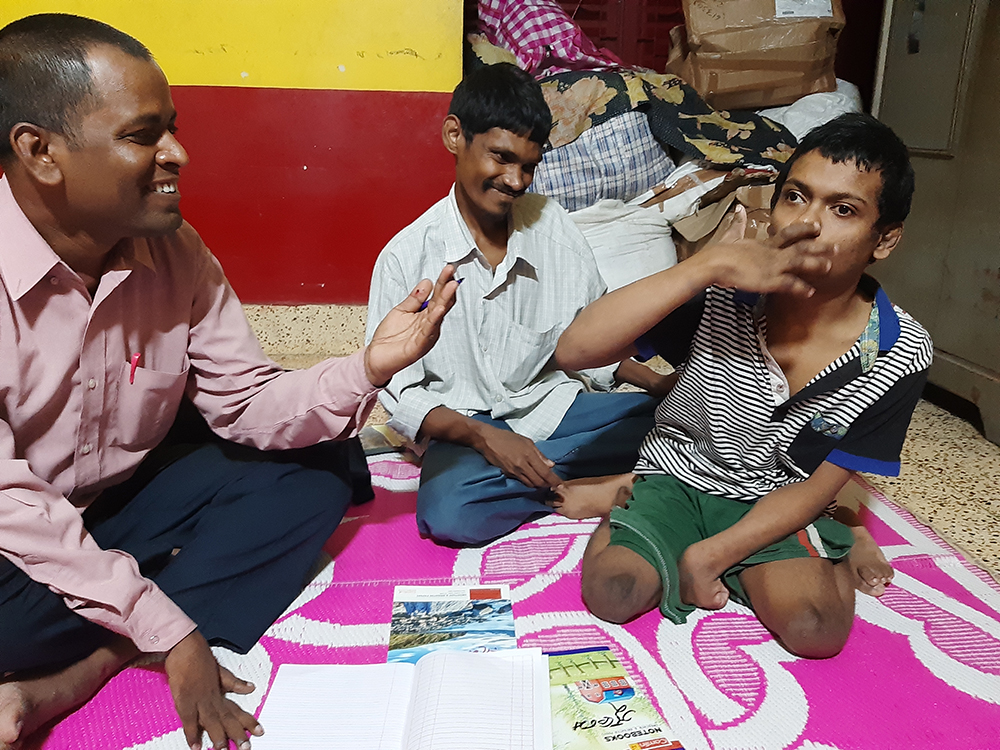 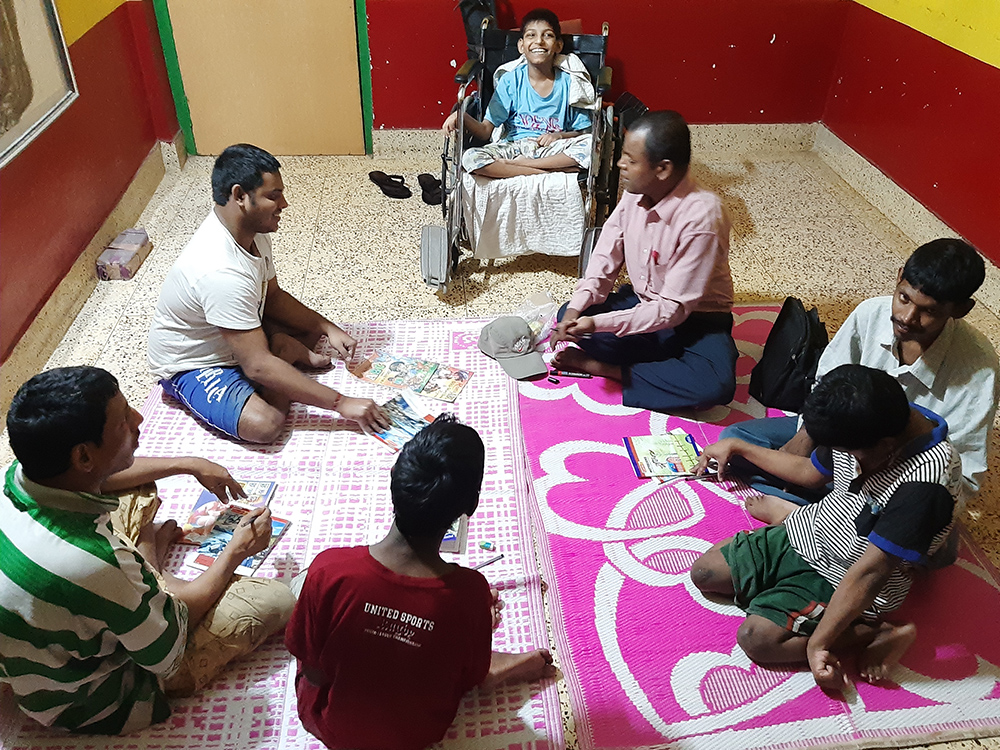 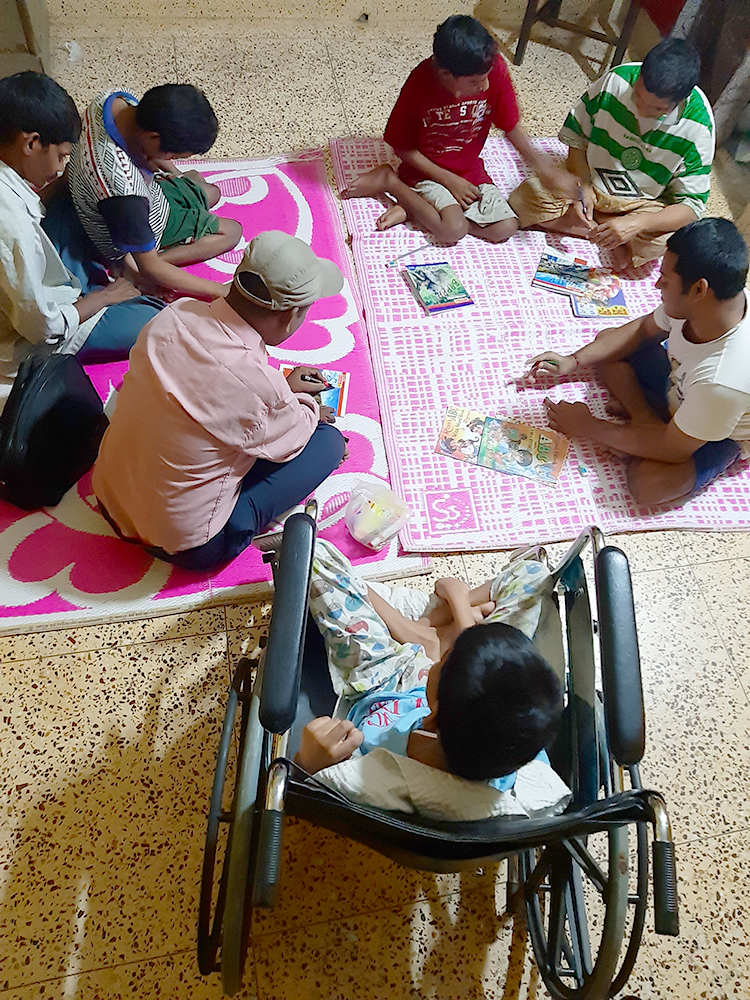 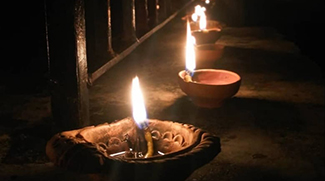 For 20 years now we’ve been celebrating Diwali on the roof of shuktara. Diwali is celebrated with fireworks and crackers all across India. In Kolkata Kali Puja signifies the end of the puja season and usually takes place the night after Diwali. This year both festivals were on the same night so everyone set off their fireworks together.

Sunil loves pujas but this is perhaps his very favourite one because it involves extremely loud noises he is able to hear despite being profoundly deaf. Pappu took him to choose the fireworks and the choices were overwhelming – just take a look at this shop selling only fireworks (below).

Last Sunday (27th October) at dusk small clay containers were filled with oil and a wick and placed all around both homes. As darkness fell the lamps were lit and the feeling was absolutely magical.

Then the firework show began with rockets, pinwheels, fountains and sparklers. All over the city colourful lights and sounds continued for most of the night.

Happy Diwali from all of us at shuktara! 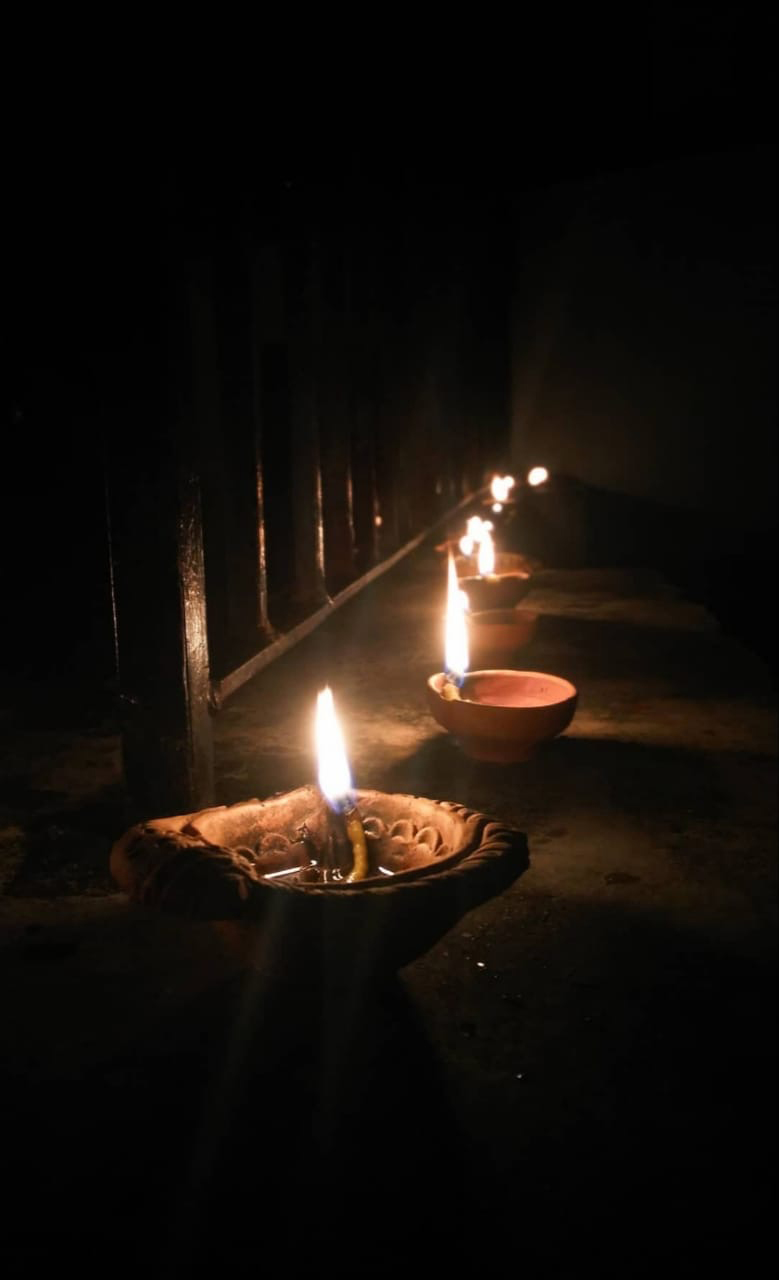 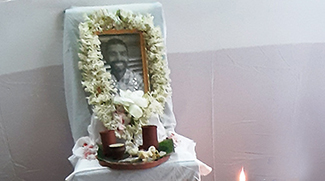 Anna died on Sunday 21st October 2018.
He had been in hospital for one week during the celebration of Durga Puja here in Kolkata and on the last day of the Pujas, which is called Bijoya and is the day that the goddess returns back to her heavenly abode, we received news from the hospital that Anna was coming home the following day.

He came home and died the next day surrounded by the shuktara family.

According to the Hindu calendar his first year death anniversary and the rituals around it were held on Thursday 10th October which is when all of these photos were taken at Anna Bari, his home, named in his memory and during the course of the day Pappu did the the rituals for Anna’s final shradh.

It included lots of fire and very significant and meaningful moments, like walking outside the house with his favourite food, leaving it by the pond – walking away and not looking back.
Painful, but one more lesson in letting go.

Everyone came to Anna Bari, the girls all came from Lula Bari and the two older boys who are now married and living independently, came with their wives and daughters.
It was an exhausting day for everyone but important in so many ways to honour the memory of Anna who meant so much to us and along with Sunil were the first boys and the beginning of shuktara. 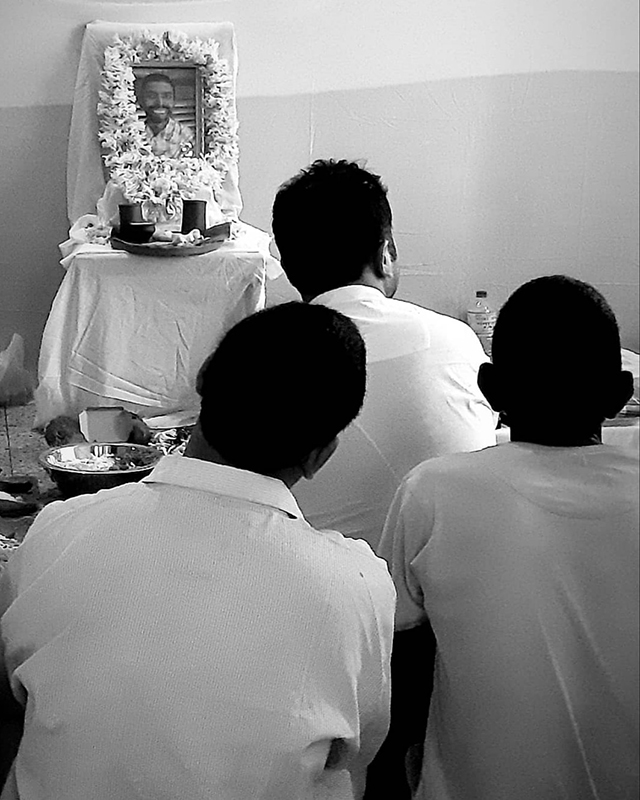 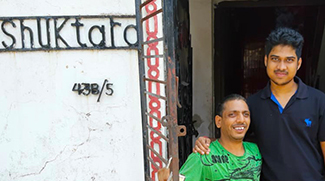 Pappu, chairman of shuktara, got to the point where he realised he needed help with the piles of administrative paperwork including staff attendance sheets, daily expenses, current accounts and catching up on a backlog of last month’s papers to digitise.

Everyone appreciates Pappu and how much he does for shuktara, but the work load is too much for him alone.

Rahul was one of three people that Pappu interviewed and has a background of commerce and accounting. 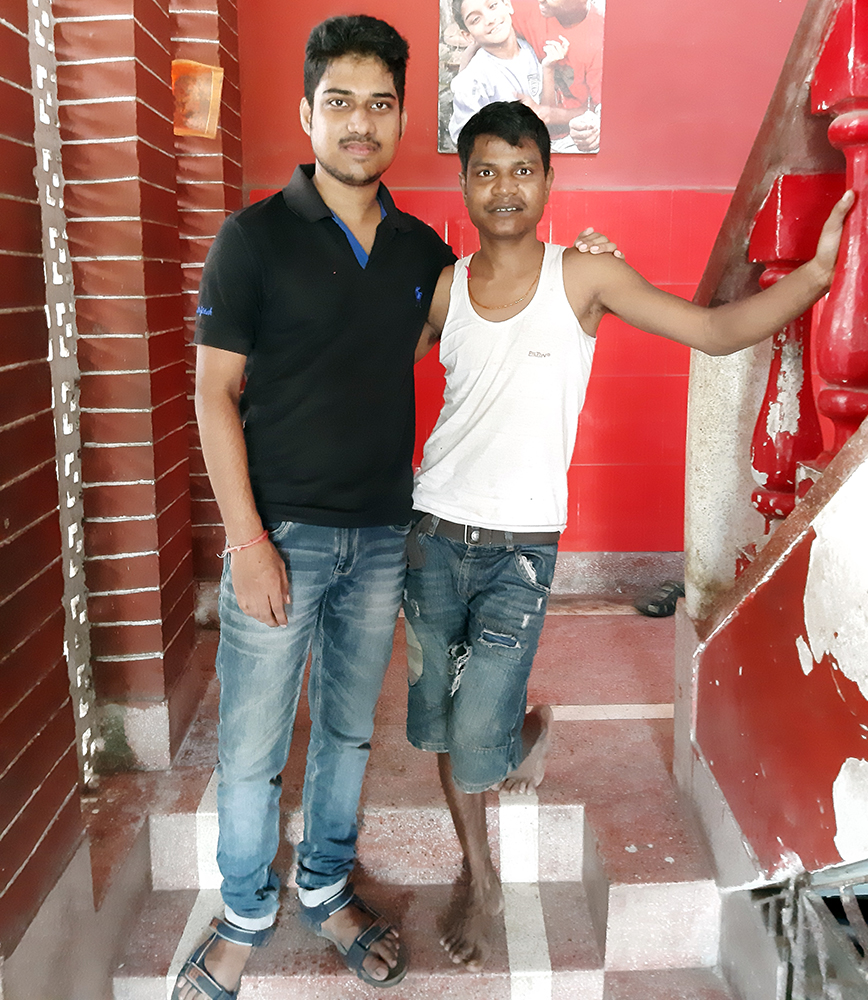 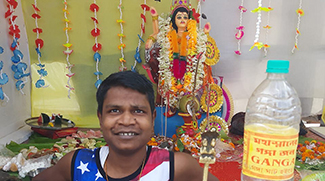 Vishwakarma is considered to be the divine architect and creator of the world. On this day workers ask him to bless their tools (from a simple hammer to a more complex machine like a computer) and give them safe working conditions, success in their work and a better future.

At shuktara this is usually a small celebration however this year Sunil decided that the statue representing Vishwakarma could be bigger. You can see Sunil in the first video below joyfully banging with a pair of scissors during the ceremony to honour Vishwakarma. 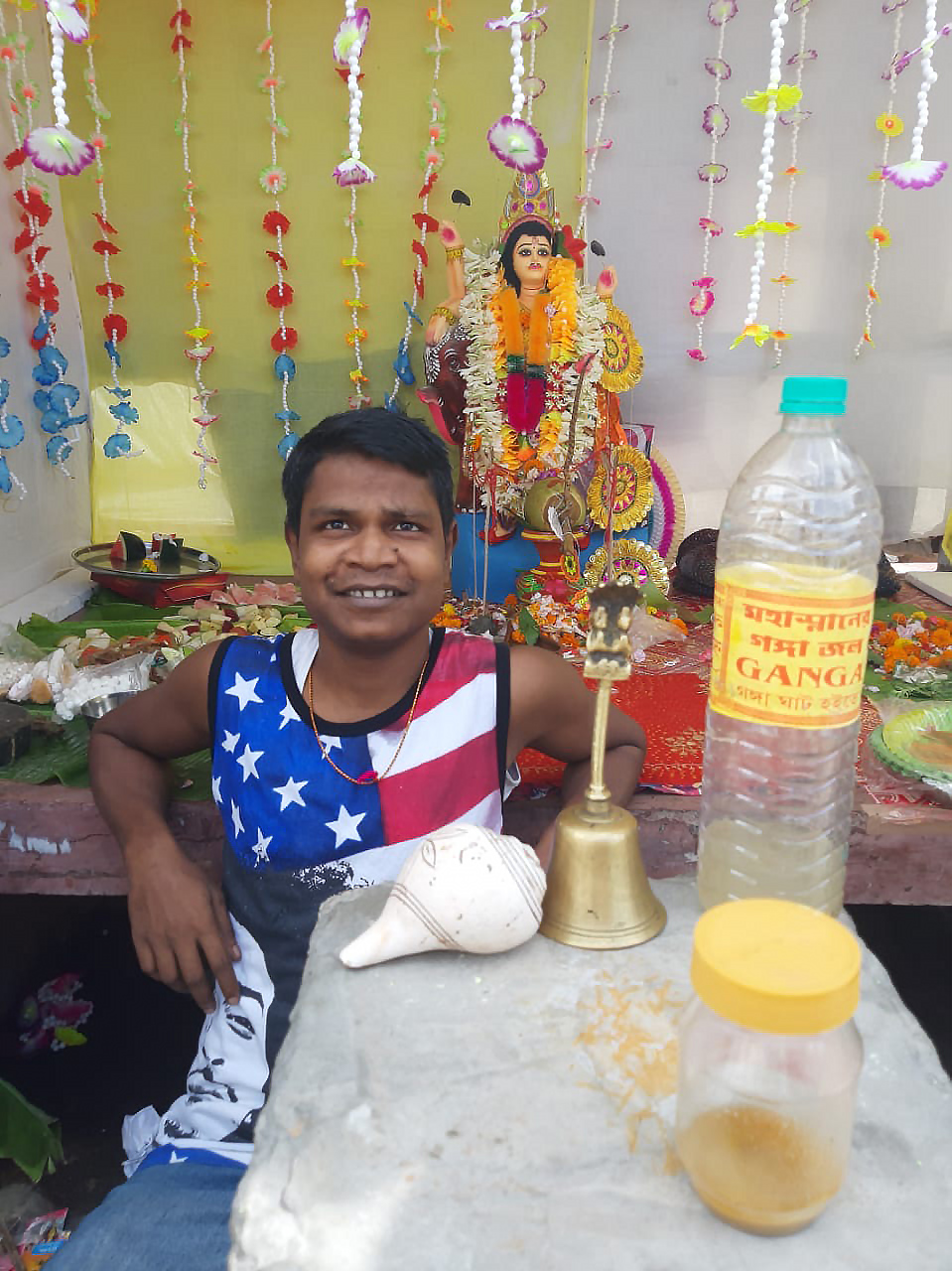 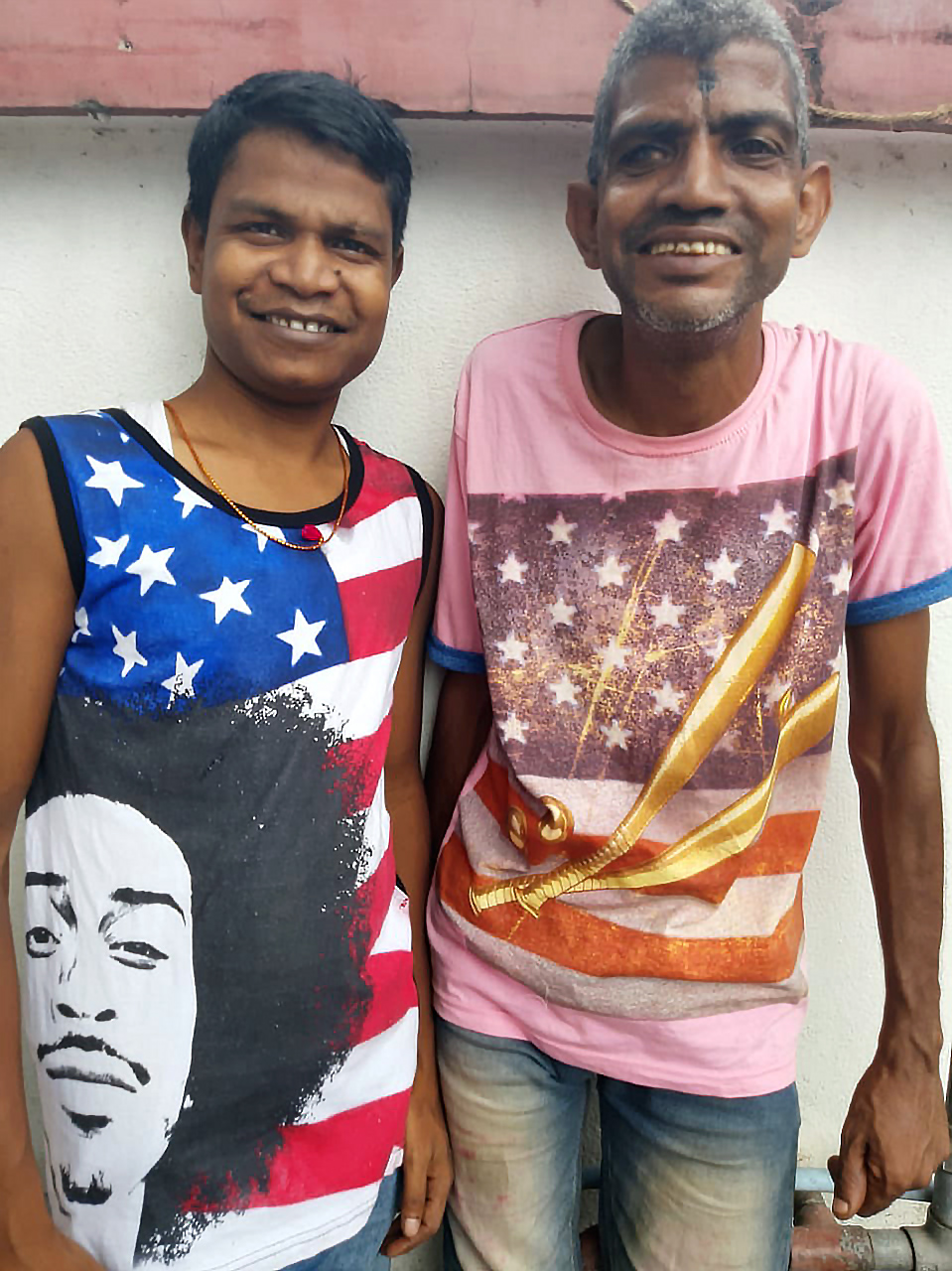 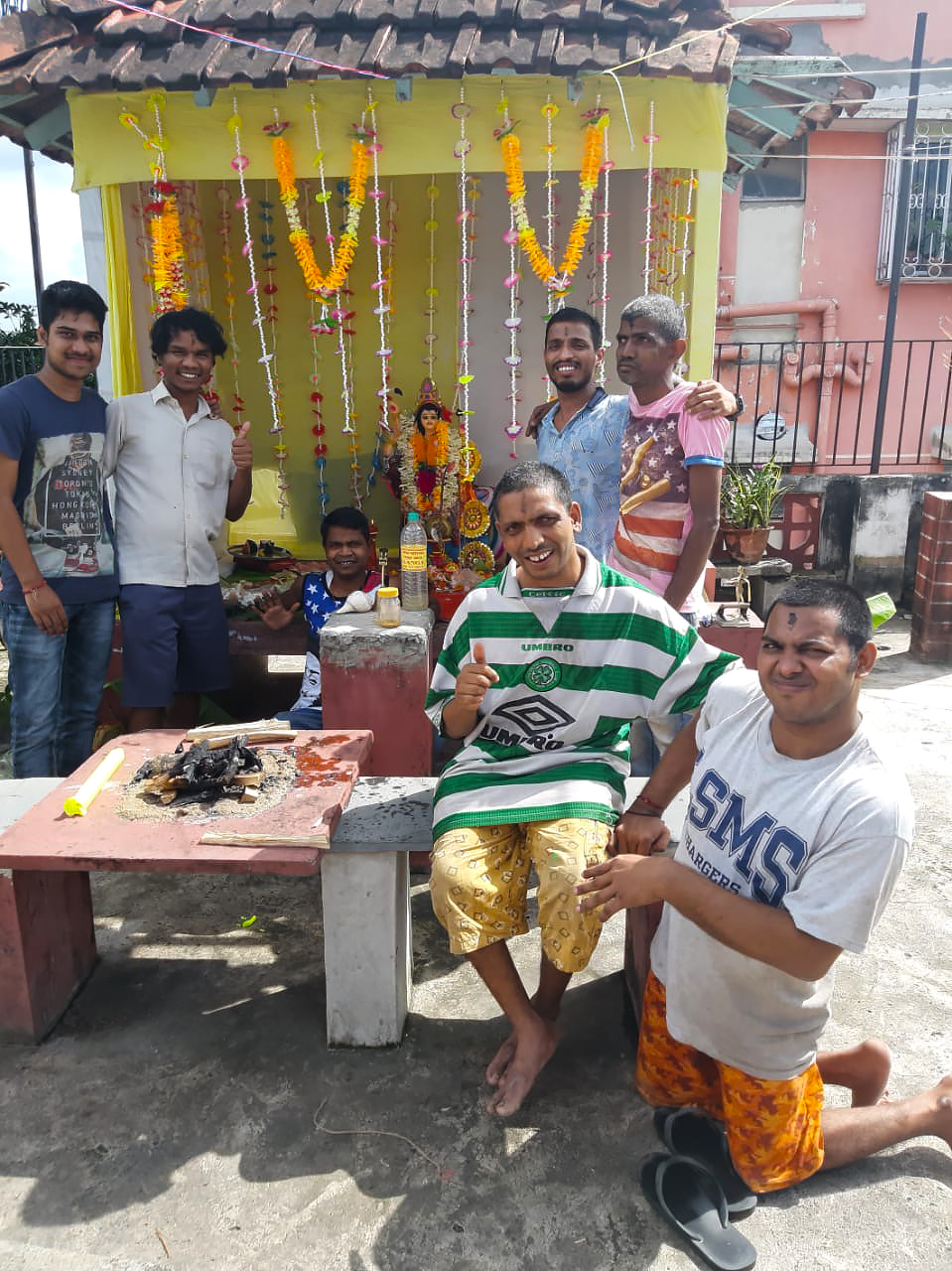 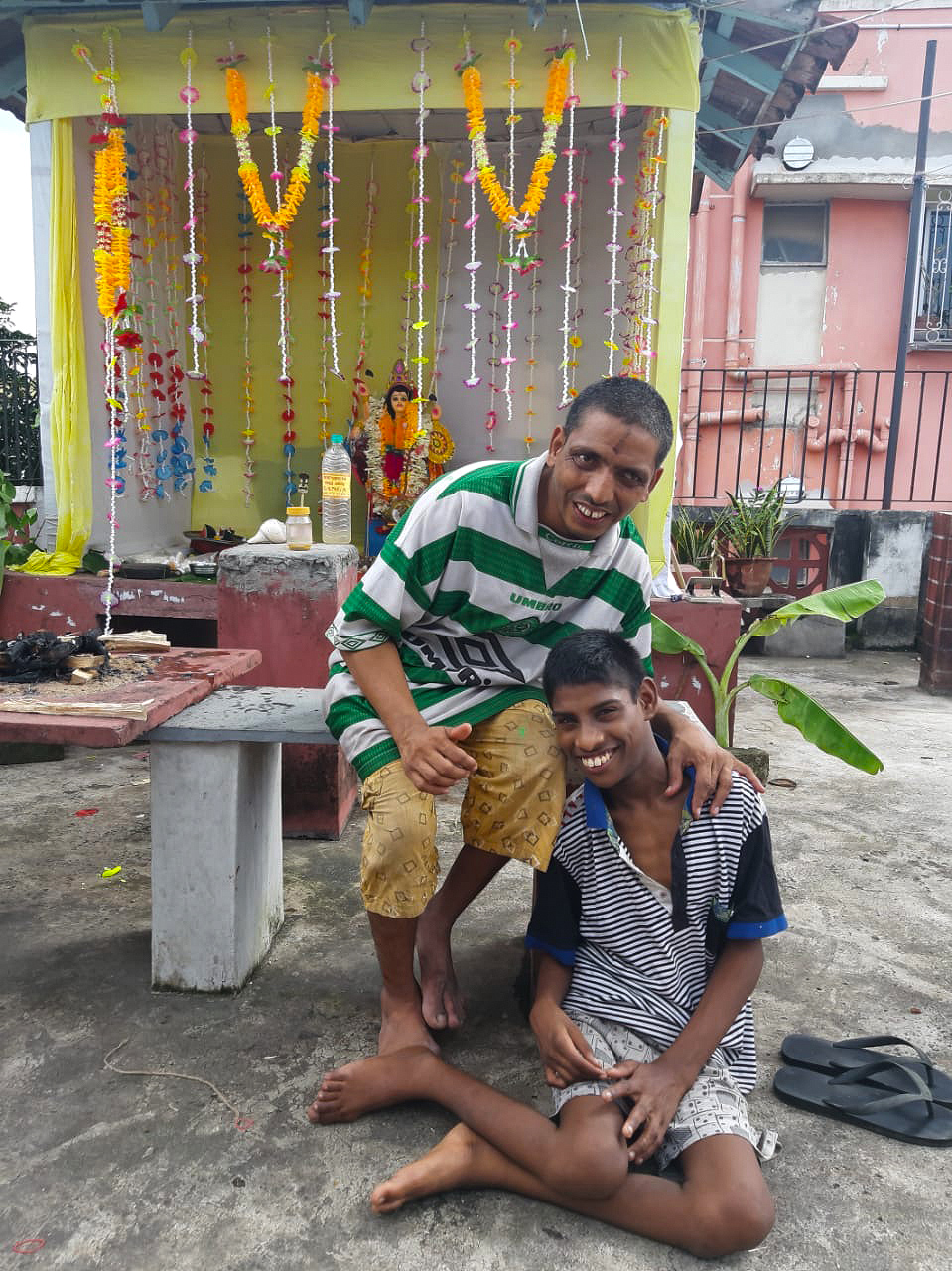 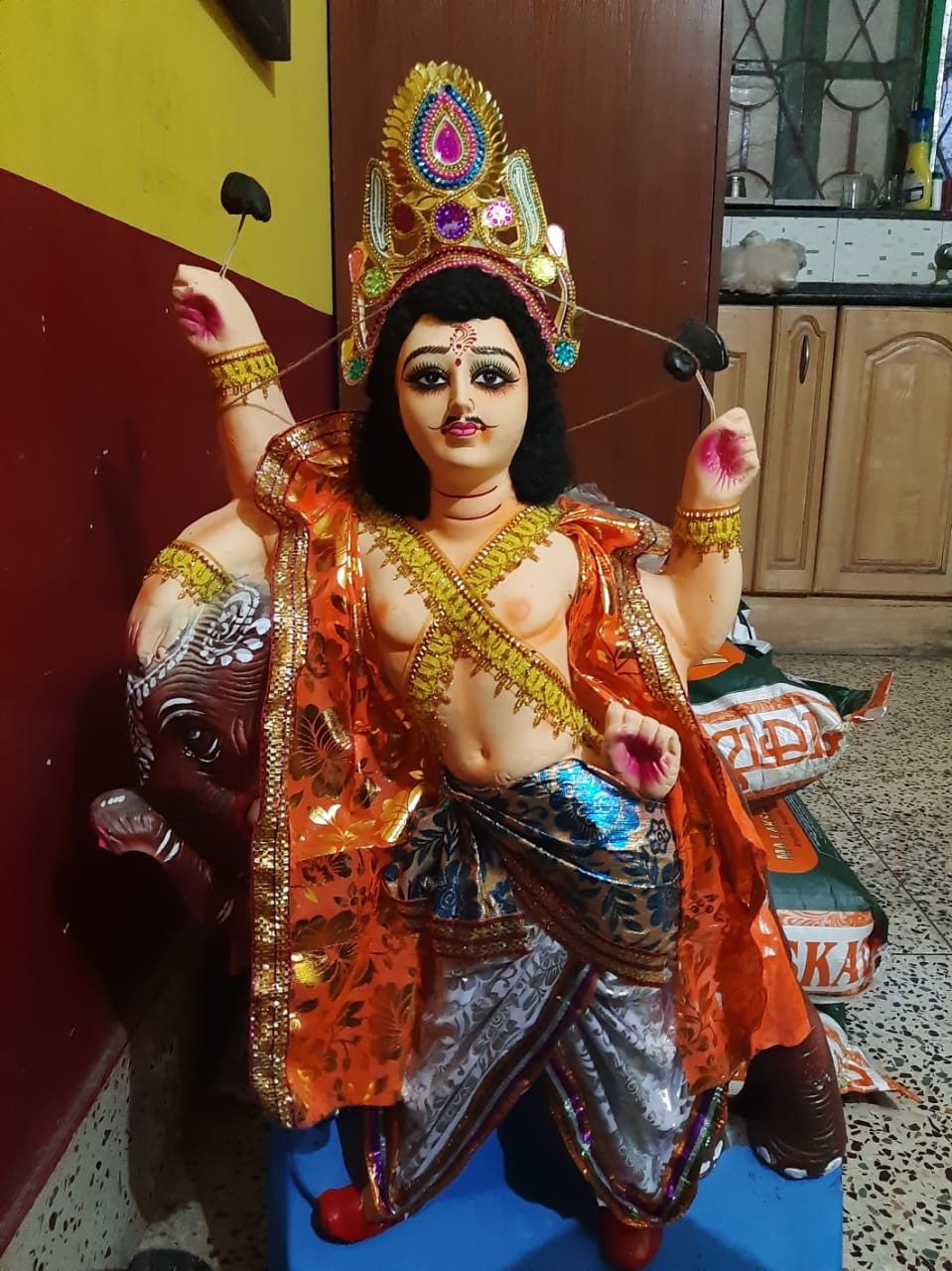 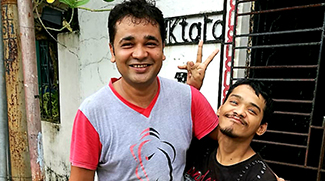 On Tuesday 27th of August 2019, Pappu (chairman of shuktara in India) received the news that shuktara, Kolkata now has permission to receive donations electronically from outside India.

This is the news we have all been eagerly awaiting for the last four years.

We have managed to keep both our homes running and we have been able to do everything we wanted to do over the last years, but are now looking forward to being able to do so much more for the future of the young women at Lula Bari and everyone at Anna Bari, our boys home.

Thank you all for sticking with us, supporting us and helping us out when we needed it most.

If you now wish to donate directly to shuktara, Kolkata please use the details here:

Our general running costs, staff salaries and expenses including school and tuition fees will still continue to be paid quarterly by Shuktara Trust UK.

If you live in the UK and pay tax then donating through Shuktara Trust UK is the very best way to donate. If you’re a UK taxpayer, Gift Aid increases the value of your charity donations by 25%, because the charity can reclaim the basic rate of tax on your gift – at no extra cost to you.

shuktara
Thank you PPL 2019 and especially Dhiman Chowdhury for generous donation to shuktara and for inviting us to NKDA Cricket Stadium.
2    View on Facebook

shuktara
We held a shradh for Anna last week according to the Hindu calender.
Anna died a year ago today.
It was in the afternoon and he was surrounded by the people he loved.

You will always be our Queen 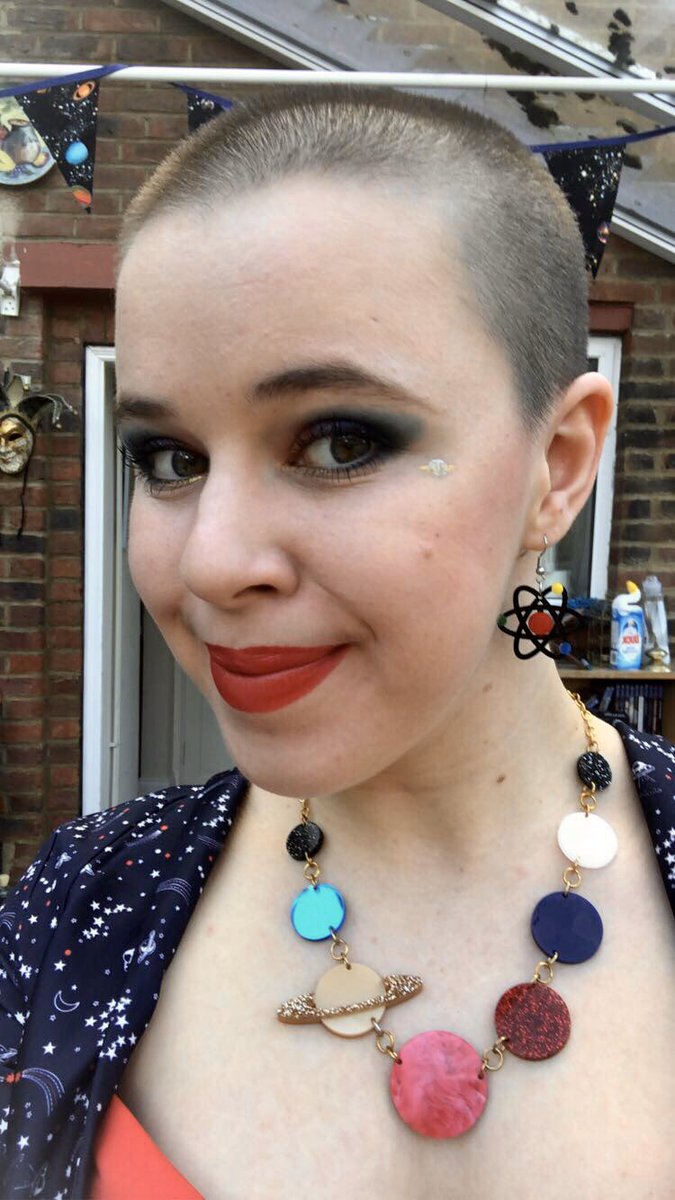 Emily Howling @HowlingEmily
I shared an office with 4 engineers over summer and was completely delighted at them making jokes about physicists to tease me, because it was the first time I had been referred to as a physicist! #iamaphysicist #InternationalDayofWomenandGirlsinScience https://t.co/cCNvXgee3l
0
1
Like most sites, we use cookies... Our Cookie Policy